The Divine Feminine & Men Who Do Violence 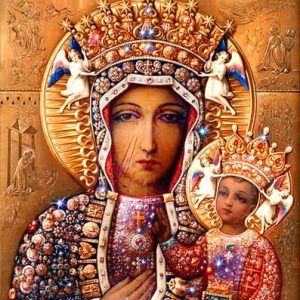 The right wing of any political party will tell you the world has been destroyed by those who have enjoyed too much comfort at the expense of others. The “others” they claim have been so sadly misunderstood and put out are, of course, themselves.

There are many who believe that to give is to be weak, when in reality, this is not the case. The reality is that you were born to give to others. This is something of a complicated dissertation that we have to give about giving, so we will break it up into segments so you can take it in slowly.  [This is part one in a series on the Divine Feminine.]

The ultimate injury that one can do to another—whether the “other” is a person, plant, or animal—has to do with the value it has to the person doing the injury. The value that all things have is intrinsically connected to every other thing which is, of course, divine in nature.

When you share with others, you speak volumes about divinity. Sharing is ultimately all that divinity does—sowing seeds of love everywhere you can possibly imagine and then some, and sowing seeds of love forever in a sense, too, for you will not die, as we have shown you repeatedly. And this comes down to one thing: do you really care what happens to others, or do you care only about who you think you are? This is the purpose of our entire series coming up on the Divine Feminine and what it means to you personally.

The incorporation of Divine Feminine energy in the world is taking hold in your everyday lives. Without question, you’re responding more and more to the call of the Divine Feminine—whether it has helped you is the difference between people who are either reacting violently towards others or are responding towards others in ways that would be considered Christlike. We are not saying that Christians hold the best religious views, we’re saying that your definitions of Christlike behaviors need to be extended into the realm of beauty and love if they are not there already, and that these can be applied also to versions of every religious practice that encourages love for one another, which is what the stellar human, Jesus, taught you.

The problem is that the Christ you’ve been taught to emulate may not be what was intended. The important difference is this: do you love one another or don’t you? If you don’t, then you are not a good Christian, Muslim, Hindu, Buddhist, or Jew.

Now, we’re not saying that “Christlike behaviors” will be the words to use when you think about loving thy neighbor, because they are not what other religious people besides Christians want to hear. They are, though, what those who call themselves Christians need to do, and this is why we’re saying the figure is an important one to emulate, both by men and women. The problem is, of course, that it is not one that is shared among every religion, and this is why the idea of the Divine Feminine has come about. The women of the world are beginning to wake up to the idea that they are sacred, too, as are those individuals with traits that are often attributed to feminine characteristics, such as understanding and compassion.

Now, the version of Christ that we are talking about emulating is the same one that was alive in the human form of the man from Galilee who was able to connect with the greater version of himself. This is the Christ that we are talking about, the one who lives in you always, and who represents what is divine in everything there is and ever was. The Jesus you know to be the one who loved all things was the Christ figure expressing itself in the figure of Jesus.

This takes getting used to—thinking about these two ideas separately—because Jesus was good, he was able to do great things, and he serves as role model to you all when you begin to understand that doing good works in the world is important to you, as well as to many others who are  in need. So in emulating Christ, you emulate the divine in all things. And this is the most beautiful thing you might ever experience, because you realize She is in you all.

We will refer to the Christ as a She because you need to replace your own differentiations of pronoun, so why not begin with the most important pronoun in your lexicon—the eternal feminine principle of loving compassion—the Christ?

This is something very different to consider, perhaps, because many of you have been raised only to believe in a singular God who wreaks havoc when displeased, and this is the heart of the issue: men are being taught that God is male and they can do whatever they want in his name, and they act in ways that are unbefitting who you really want to be, which is divinely Christlike, to be embracing of all things, to be loving towards one another.

The same dissonant reality also applies to women—as you probably know, we are generalizing here—but men in general have a more difficult burden to carry when they are exposed to so much violence at early ages and have not been given the coping skills such as crying, sitting quietly, attending to their emotions, pursuing things they love, enjoying life without needing to assert one’s values or strength on another, having the ability to let others have their way, learning how to empathize, to have compassion.

Indeed, the many virtues of life can be summarized simply as love one another. How very easy it is to therefore consider the giving of one’s self and sharing one’s belongings with another? In the next section, we will talk about how this is playing out in U.S. campaign politics and the politics of love vs. fear.

Joanne Helfrich is a writer and channeler of the nonphysical energy personality essence, Rose. For more info, see About Joanne.
View all posts by JoRose →
This entry was posted in Divine Feminine, Uncategorized and tagged Christ, Divine Feminine, Jesus, love. Bookmark the permalink.
Translate »