Help… my friend supports Trump! What do I do?

How can I understand someone who supports Trump, when my view of him is so very different? 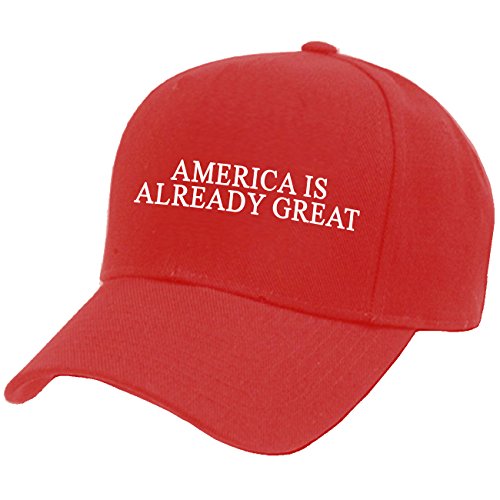 Trump is exaggerating all the issues that some people think are important. They like their politics angry, and this is to express the anger they feel in spite of everything that’s been given to them—good jobs, good food on the table, good friends, and not really any reason to feel badly about their lives except for one thing—the fear that somebody is going to take everything away from them.

This is not rational—it’s based in fear—and it’s easy to comprehend when you visit some news sites and see everything being whipped up into a froth: the “Isis threats”, the “Muslim threats”, the many things to fear, including what women will do when they start to run things. These are the prejudices of an old school way of thinking and there’s nothing you can do about it except to vote for somebody else.

When the problem becomes how it affects friendships, try to realize that people will not always be who they think they are when their guard is down. In fact, you can tell a lot about somebody by how they profess their admiration for somebody. Having a friend profess he does not love any candidate and he’s not going to vote for anybody, for example, professes to be a mature way to go about doing things. However, this is an abdication of one’s willful forces to create one’s reality in ways that comprehend the changes going on in the world.

There is resistance to the Divine Feminine

This is a breakthrough election. There’s a charge from women who are tired of being treated by men—as well as systems—as second-class citizens. There’s an urgency about political campaign reform and environmental disaster avoidance. There’s another force happening, too, to imbue the world in Divine Femininity, and this is what you’re feeling now: the pushback of those who don’t want to allow the loving forces to shift them into areas they don’t feel are right for them.

Now, this is somewhat of a diversion, thinking about the holy Divine Feminine taking precedence in world politics, but this is exactly what’s happening now. This plays out in every facet of your life. These are times when you can recharge the earth with loving, healthy forces of nature, providing support for those who live in poverty at the same time.

This is antithetical to those who wish only to pursue wealth and make hay telling people they will not be included if they do not vote for Trump. Do you see how this negates the beauty of the world? Do you envision a world police state with Trump? You have good reason to. For in your fears about who he is, realize he’s only a projection of your own antipathy for how the world has treated you.

Let the conversations reflect back to where your real passions lie

But the reason to suggest that you focus on your own selves is why you’ve asked the question. So in tuning into another’s pain as well as fear, you can get to the heart of the matter: What is it that you are called to do that you’re not doing? Because if you’re not part of an actual election campaign, and you’re instead baiting each other and responding with small little voices to each other, what are the consequences of that other than just losing friends one after another? You don’t need to have anyone approve your opinions, nor sway anyone. What you need to do is to respect each other’s opinions insofar as you can take what they say without feeling harassed. Then you need to sometimes say, “So what? What are you doing with your life?” That’s what the purpose of the debate is: finding what it is you really want to do with your lives. We’ll explain

If you are put off by those who say they don’t believe in climate change, what are you going to do about it? Take names and call on Al Gore to explain to them why they should not believe what they believe? No, you take names and you say, “I’m going to stop by and give you an opportunity to see this movie,” or you call the local theatre to get it to the masses, you learn to negotiate with the taverns to reduce the number of paper cups wasted. You do things to help the environment. Sometimes these will be things that take some gumption in holding court on the facts. But to take on people in the Facebook world does not do a lot. It is only a means to reflect back to you where your real passions lie.

Now, we want to say, too, the reasons for asking the question have to do with why somebody would vote for Trump with all the negative information you have about him. This is the point: it’s to say “f— you” to the population that’s changing the world in good ways. It’s not anything except that. So when you feel the Trump people are taking privileges with their privileges, and they respond to talk with taunts, they are in hell. They do not realize what they are doing, in some ways. They don’t realize why they feel so angry. This is why: they fear too much. It’s not the reason to say goodbye to somebody from the Trump camp, though. But this is: if they will not respond to your requests for decency.

Sometimes you just can’t salvage friendships. If you were to be in Nazi Germany, would you be friends with the ones who are persecuting others? No, you would not. Don’t mollycoddle the people who want to bring fear to the world. Love them, but don’t allow them to hold sway. You can block, you can ignore, you can enjoy some respite from the war of words. And when you do, realize there’s so much to be learned from allowing your own fears to help you move into new areas of enjoyment. So do so.

Joanne Helfrich is a writer and channeler of the nonphysical energy personality essence, Rose. For more info, see About Joanne.
View all posts by JoRose →
This entry was posted in The Way of Spirit, World and tagged Divine Feminine, politics. fear, the way of spirit. Bookmark the permalink.
Translate »