The belief system of sexuality has three main aspects: gender, orientation, and preference. While gender (male and female) and sexual preference (heterosexual, homosexual, bisexual) are familiar, orientation adds three types of sexual orientation: common, intermediate, and soft. Together with gender and preference, they form a “language of perception” that helps explain why we each perceive reality so differently at times. 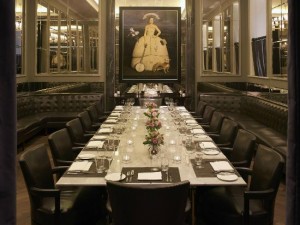 The orientations would be considered types. The way of spirit will involve recognizing your types that are helpful, but not those that aren’t helpful. Helpful types serve to understand, not to indict differences. The way of spirit is about loving others, not indicating that they are in any way deficient, for you will find yourselves wanting to do so: don’t. We suggest your orientations will be a wonderful way to understand others in ways you haven’t before.

We will explain more about your perception of your common ways in another space, but for now will say these indicate a great percentage, as well as a dominant way of treating your perceptions that indeed are not always correct. The trouble is that the common views only dominate perceptions, not always thinking, so you can see how the common would respond by allowing other kinds of thinking when there will be understanding on their part, but the trouble is getting yourselves understanding each other.

So your common often needs to be convinced of things, usually in ways that require another to translate thoughts of individuals of other orientations into your common language. In this, your common will accommodate, but the translation will need to happen first. This is the wonderful way you’ve created your reality, so you can trust you did this intentionally.

The common orientation will indeed be familiar to most of you: they create their reality in ways that are most realizing of external things. The orientation includes the way you would see things that are most objective. This sounds like a good thing, but it’s neither good nor bad. The objectivity sometimes is at the risk of the subjectivity involved in some translations of your reality. So your common will sometimes look only to your outsides of things in order to deal in your world.

The commons will find a great many friends in your ways of spirit, for others mostly speak their language, but they would do well to learn the languages of your other orientations in order to make use of these individuals’ ideas, as well as to make their way in your world in a most loving way. We will find you, so you can trust your Rose will help you open up and learn new languages!

Now, your intermediate will be next. They are the least interested in objective reality. They would be most suited to involving themselves – only you would not know this to look at them – mostly in subjective reality. They include others in their inner world, but not much. They would be considered self-involved, but not in a bad way, for the way of spirit intentionally includes these individuals to remind you to be more self-involved. In this, your intermediates will help you be interested in yourselves, but in doing so they may have trouble communicating what they would expect from you.

The intermediates will be interesting to speak with, but you would need to speak their language, and vice versa. We suggest you try this at home, for you would do well to learn the ways of subjective languages that your intermediates would have you learn. The way of spirit will call you to be more subjective, so your intermediates would have a field day when they learn this, as well as learn that they will be another way to interest you in yourselves. They comprise about one in eight of your individuals.

We will continue with your soft orientation. The soft realization of your languages of perception would be your mixture of inner as well as outer perceptions. The way of spirit for softs is your way of finding, as well as predicting another way of language, for your softs would speak in both intermediate as well as common ways. The intermediate will be subjectively oriented; the common would be objectively oriented. Your softs sometimes do one as well as the other, but in most cases favor one over the other. The softs would do well to find a balance in this, for the ways of finding your soft languages would be a most complementary means to engage your softs, who would be invaluable in your ways of finding both your subjective and objective.

They can be considered your translators for common as well as intermediate, but this is sometimes overwhelming. The softs have a natural flow when they are able to engage balance, as well as find their voice. The softs, when overwhelmed, sometimes remove themselves from proximity of other non-softs so they can find their balance. So you can trust your soft individuals to be balancing between two sometimes opposite seeming polarities, as well as finding ease of communicating in both ways. But they would do well to be allowing great interest in your balancing of both so as to be engaging their deepest ways of spirit, as well as trusting self. We would like you to trust your softs to be interested in your language translations, so trust your softs will do so when asked. The soft percentages would be about one in five.

The way you can find your softs to translating would be your ways of spirit, for you need to engage all three orientations in order to be in your physical reality. We would like to point your way to your Elias’ information to find out more about your physical instantiations of your orientations, but for now will say you experience all three when you decide to become physical. So there’s a beautiful design to your reality that insists on your experiencing all three languages of perception in your physical focuses.