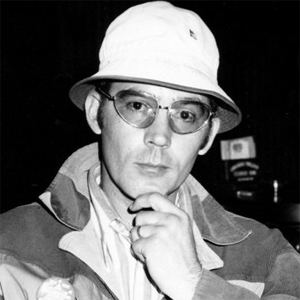 I decided to allow whoever wanted to come through to do that and surprise me. Hunter came through again!

I have not come so far in the world only to not say what I have learned now that I’m dead. “The imparting of wisdom” may not be the words to describe this memento—you might say—of my life, this inner sense of what’s needed in the world now, besides what you know already—truth, love, etc. These things only get you so far.

War correspondent at the Galaxy Hotel

The way I like to think about what I’ve done on Planet Earth is as frightening, at times, and lovely, too. These things aren’t that different, really. The news I have to impart is going to be excellent, so stay tuned, because I’m still recovering as a war correspondent of the world and will have more to say from my bed here in the Galaxy Hotel.

The reason for my efforts to withdraw from your world has had similar consequences now that I’m undead. The undeath is not the same as death. You might consider me, even, still alive without a body.

What the world has done to people is what the world did to me. I was breaking up inside all the time without any reason to believe that where I was going was real in the sense of fantasy vs. reality. The path for me was unreal, in so many ways, that I had to consider that maybe this war of the world that is going on now would never end: the war being, of course, between the literal and figurative, the Nazis and the parliament, the fornicators and the nuns, the effortless and the effortful, those extreme cases of envy and those great acts of giving. The point being these are extremes only.

The reasons I have for saying these things is what I want to share now that I know this: these are illusory. The things in life that seem like extremes really aren’t. They are gifts with different wrappings, all necessary to giving you the experiences on the planet that you came here for.

I can’t recall any day in which I sheltered in place without feeling a bit like I was taking shelter from the war, you might say. I was healthy physically until I had too many reasons to want to stay put. The path for me, therefore, wasn’t the path for others who only want to run around and play in the sunshine. I wasn’t that kind of person, really. I liked and still like to be home with my guns and my wishes for a better tomorrow.

See what I mean? You have to get past the judging about everything that you have in front of you, see things as filled with light, regardless of what color the light is.

This is not something easy to do right away, however. You need to invoke the kinds of religious feeling that you portray as wrong or bad at times. See what I mean? You sometimes deny yourselves even the opportunity to be whole with the world. You need to stop judging so much.

That’s what I have decided to share with you as my memento of the war on earth which, as you can see, isn’t really that. The war is in your mind only, not even in the world.

See how that works, this wonderful way of viewing things as filled with light? See how that goes? Because you can’t really tell anybody what’s what until you see yourselves as whole, and to do that requires your perspective to widen, some days more than others. You’ll want to really pay attention to what’s in front of you. See how very willing you have been to dismiss or realize some kind of effort to withstand the forces of what you consider wrong for some goddamned reason that is mostly wrong in itself.

So don’t do what I did. See things as beautiful regardless of what color of light they are, and be damned to do anything differently because ultimately you will be damned if you do. You will be in the hell of your own making.

What to  do in the face of terror

Now, that said, there’s some reasons to, coincidentally, remain calm in the face of terror. You do have certain elements to play with when physical, like those who want to kill you, for example. The way I would approach these elements—and I do mean elements, these are not necessarily people, they can be forest fires—is to tell them to please back off. That’s all. Just please back off. Be polite, then if they don’t do what you want them to do, tell them they will need to stop that or will be fined a hundred dollars. That’ll teach ‘em. Because ultimately there’s nothing wrong with a forest fire, there’s nothing wrong, really, with somebody holding a gun to your head, because you can’t really know what the purpose of that is when you’re in the situation.

So just lighten up, people. There will be terrible things that happen on the planet. The point of this will be to eventually have things better for more people.

Now, when you encounter somebody doing damage to yourself and property, I will suggest doing what’s legal only, without, hopefully, harming anybody. This means something, too, in the great plan. This is important—to not harm others and to help them if you are able—without going too far into the land of martyrdom that you sometimes think you have to to be whole. You don’t.

Be there for it

So I’m not saying don’t do things that are courageous, or even considerate, I’m just saying to not stifle your own instincts right out of the gate because something terrible is happening. Be there for it, because this, too, will be something for you to enjoy in ways that you don’t see yet.

The facts remain that the life you’re living has reasons to be lived, and has as much beauty in it than anything you might expect based in what you see as beautiful. The reasons for bad things happening is to enjoy them, too, while you can be physical.

This sounds odd, for sure. Why would you want bad things to occur when there are so many beautiful rainbows and sunsets? Because that’s what you chose when you decided to be whole in the sense of physically attuned towards the earth. That comes with the territory, literally. So enjoying some bad days is not really an odd thing when you consider they will be all you might have on certain days. See?

The expectation that everything’s going to be peaches is the problem. Without this expectation you would be having a lot more fun every day. Instead, you get all bound up in the face of anything bad, in your view, that crosses your path.

Light your own path

What I’m saying is to light your own path with your own beautiful light, to see everything as whole, and let yourselves enjoy whatever comes your way, because ultimately that’s what your world will give you: what you need. And that, my friends, will not be what you want all the time.

Let me say just one more thing about the light of the world. You may think that you’re so very connected when you do things like meditate, or listen to wonderful people on your audio tapes, or whatever you do to feel like your consciousness is so much higher than others. This is bullshit. This does not have anything to do, really, with life sometimes.

The facts are that being whole does not require you to be anything except who you have been all along, even with all the dumb stuff you have done, and the dumb stuff maybe you’re still doing.

The ascended masters are not the only ones who have something to give you. Each person in your path, each tree, has something to give you when you allow it to. All you have to do is appreciate that they are there for you. Then breathe in each day with complete acceptance without thinking that you will be anything but somebody who is wonderful—whatever you do—and let the forces guide you towards your own fun and challenging day.

Go forth and be whole, you all. With love from Hunter.