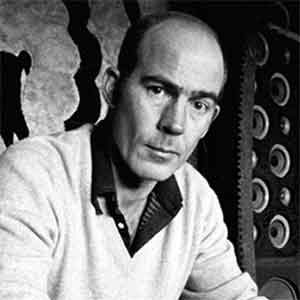 Readers had these followup questions to “The Framework is Holy: Hunter S. Thompson Afterlife Interview (Part 1)”.

Your family seemed accepting of your suicide, as you had spoken about it in the past. What was your mindset, and would you consider it healthy? There was also talk of your having been “suicided” (murdered). On a happier note, were you aware of the funeral Johnny Depp gave you?

I want to share a few secrets about me. First off, I don’t like spectacle. This would seem at odds with the spectacles I invented to further my writing in the sense of going gonzo, which for me was an unnecessary term if you really do believe that journalism is based on regular people having a spectacle-filled experience. This typically doesn’t happen when you just sit around waiting for it. You have to create it. So I was invested in persuading people to go there for one thing, and end up experiencing something totally different.

The spectacle was, therefore, not the same as the story. The Democratic National Convention of 1968 was indeed a spectacle that I reported on. However, there was no need to feel any differently when the spectacle that played out on the streets was the main story. I wasn’t there to be part of a spectacle, just to report it.

The spectacular story that was my life—now that I look on it from where I stand now—is only a sliver of the greater story that you’re all living now.

Suffice to say, the funeral spectacle that Johnny put on for me was in every way beautiful. I couldn’t have asked for a better send-off. The beauty wasn’t just in having my smattering of body parts shoved into the transparent night sky only to be blasted into tiny microscopic units of plasma and bone to fertilize the planet. I had to have some kind of presence in order to see it. Therefore, I was not only there in the people I loved, I was there in the fuselage barreling upwards, and I was there in the little bits of me that survived the explosion.

I was there, I’m here now, I will be around forever as far as I can tell. There’s no unit of measurement for what I am now. I’m chosen in the sense of having had some kind of credentials to get to where I am now. However, I’m not sure I am anything different than I was before.

The reason I decided to kill myself—and yes, I did indeed do this myself—is that I wasn’t having a very good time of it physically. Mentally there wasn’t a whole lot for me to feel sorry about. I was good mentally, I wasn’t sure I wanted to keep living, that’s all. I was shorn of my youth like some old crabby goat without any mountaintops to climb anymore.

Nothing interested me much except for life after death. This really did not interest me as much as it baffled me. There was a curiosity there that had to do with my immense desire to chronicle what that was like without needing to be physical again or to feel anything differently, but to be who I was, able to take some of myself with me without needing a body, or at least having a better one right away.

This is having some effects that were not considered before. I thought I might become nonphysical, but I didn’t know I would still be physical in the sense of my body really is my body, just healing differently than when I was really physical. The reason I saw this as “another kind of life only with a better body” is: that was my wish. I wasn’t really aware yet. Now I know the place where I’m at now has properties that heal without this being automatic. Do you follow?

I’ve had to look at myself deeply, which I didn’t do as well while alive. Now I’m happy just to get up in the morning, because the mornings are wonderful. There is a time sense—timeless cycles is probably the better term—without long weeks that stretch into nowhere. It’s as if the ground has shaken itself out and cascaded itself across my path in ways that are eternal without losing any of its beauty. The forests are forests, the trees look like they are supposed to look, and everything is immaculately certain about itself, not probable but whole, vibrant, effusive.

The indications of something better beyond here are non-existent. There’s not any of the religious crap here, just cold hard truth that’s ephemeral as well as timeless. It’s like walking into a bar and ordering one of everything, having a bottomless stomach for everything, too. That’s what awaited me when I died. I wasn’t quite ready to drink, or inhale, this. I needed to open myself up to it while learning how to do that. The breathing wasn’t breathing as much as allowance for everything, so that when I was able, I could step into a kind of surface-level world where everything goes on forever—every bud of the tree—without the regular thoughts of anything dying ever again.

That’s what I have going on now. When you die, you will have similar experiences. You will not have the same as me, you will have your own. You’ll create whatever world you want to create. It’s easy to do and you don’t need to pay for it ever again. How great is that?

The only other thing I want to mention is when I died, I left some people with questions about why I did it. The way I want them to see this is as an effort on my part that was worth it. This wasn’t something I’d ever take lightly and they know that. They know that I wasn’t going to be careless about this. However, I would have not done so in a way that left my body there. I would have done it differently without them having to find me. That’s the only thing I regretted afterwards, and want to just say I’m sorry about that. I loved you all. Immediately following the trigger pull, I was able to see what I had done without knowing for sure where I was. When I looked back on the scene, I was regretful you had to see it, too.

The funeral, therefore, was a brilliant spectacle to end my life, really. That’s how I want to be remembered and I think it was a fine gesture by someone I was fully able to call my brother.

Rest in peace you all, whether or not you are dead yet and I will see you at the big rodeo in the sky.