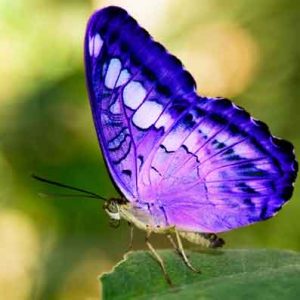 There was a very big wind that summer day, the day the bankers had the picnic they had wanted to enjoy for so many years.

The wind blew around their pens and quills and dollar bills and ledgers and other things from their banking world. The bankers drew big plates with their pens and settled down to a nice meal of paper – reams and reams of it – searching about for something more delicious, as condors do when they are looking to swallow a big, fat rabbit.

Now, Truth was not the same in definition then – in no time – as it was in real time, in your time. This Truth was spelled with a capital T, and it was found in every place that you might imagine. Truth was in the hills. Truth was in the stories that were told of bankers gone bad, stripping the patrons of their wealth. And Truth was in the bankers’ eyes mostly, too. But when Truth was gone from their eyes, they did what? They set upon each other like hungry vultures. And when that did not work, they decided to call a truce to discuss other possibilities.

Why would these fine bankers go to such extremes to treat themselves to a picnic of Truth? Because they didn’t know any better. Stroking their chins patterned like upside down u’s, they said aloud, “I don’t know if we can pull this one off. The Truth is too great.”

Why did the bankers have so much trouble with the Truth? Because of those who know the most about the Truth: the children. The bankers could simply not consider how their terrible practices would affect the children any longer, so that is why the settled upon the hills that day, blown by the winds of change and Truth.

They had gold, which they couldn’t eat either

Now, in their pockets were lumps of gold, and that is what they had considered before as Truth, because that’s how the world revolved, correct? As a full-fledged machine for making wealth? And the wealth was not so terrible, either, was it now? In fact, there was a great seizure of gold in the days behind them, when they got so much gold from depressed prices they couldn’t figure out what to do with it.

They had finally gotten what they wanted – the truth of wealth – but still they were not happy. And so they spread out on their picnic blankets and wept at the lack of respect they felt from the environment around them.

“How is it that we control all of the world’s wealth and still are not happy?” they exclaimed, crying.

But they weren’t really there, and they weren’t really crying. They were asleep in their beds in their homes in the most beautiful of places – Amsterdam, New York, Los Angeles, Paris, and Shanghai. They owned property and many things in many other places, too, and still had not any idea of what Truth was. What could it be if it wasn’t the great fortunes they had amassed? Wasn’t the point to explore how to profit from the backs of others? History will tell you that there’s reason to do so, but that’s not really the Truth. The Truth is: they had much to learn about the Truth.

Then a butterfly breezed in

There was also another picnic going on near their soft blanket, one in which butterflies roamed through the breezes, spreading joy around like a cake with some icing on top. “How is it that the butterfly knows what to do to bring itself peace, and we don’t? Oh!” they cried. “I wish we knew!”

So what did the butterfly do then? He stopped his flying around and sat down upon a big leaf that was blown onto the picnic blanket.

“I have news for you,” said the butterfly. “Do what you can to spread your wealth around. That’s Truth right there, for you have many reasons to know Truth, and I don’t want you to be sad anymore. Now go do that.”

“What?!” they exclaimed. “I can’t do anything like that. I will lose my big gobs of truth with a small t.”

“But not at all,” said the butterfly. “You will gain truth with a big T.”

And so it went that the bankers learned in a dream, that tumultuous, rain-soaked day when the butterfly rained on their picnic, that there was indeed such a thing as Truth with a capital T and that Truth was the Love of all things.

They sold their houses and lived simply. The demonstrated fairness in their business practices. They shared their wealth with the less fortunate.

And when it was over, they spread out on the picnic blankets again in their dreams, on that beautiful hill, and said to each other, “We should do this more often.”

Joanne Helfrich is a writer and channeler of the nonphysical energy personality essence, Rose. For more info, see About Joanne.
View all posts by JoRose →
This entry was posted in Uncategorized and tagged children, shift in consciousness. Bookmark the permalink.
Translate »